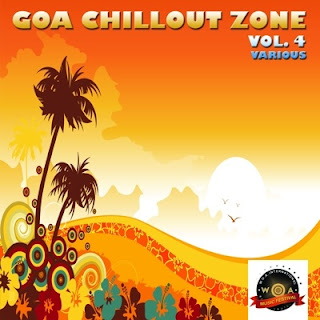 Goa, India - Jan 20, 2012 -  The highly anticipated Goa Chillout Zone Vol. 4 launches worldwide today on the International Record Label W.O.A Records. The 4th series of the Goa Chillout Zone double CD compilation features 30 International chill & easy listening tracks by artists from across the world including the US, Mexico, Australia, France, UK, and various other countries. This is an eclectic double CD bringing together some of the very best artists in independent music today. Importantly, it's part of an extremely worthwhile cause at the same time.

"When I came up with the concept of the Goa Chillout Zone compilation album in 2008 we never expected the album to become such a highly sought after album in so many countries, it even got listed in the iTunes World Roots Library" says Oliver Sean, Founder & President of W.O.A International – The Music Co., "the compilation was never intended for commercial purposes, rather it was a way to promote great independent music and also to help support animal welfare by giving 10% of all sales to animal welfare and till today 90% of the cds replicated are given away free to promote the Goa Chillout Zone brand and the artists and from any sales we make 10% is directly utilized for animal welfare"

One constant of the Goa Chillout Zone series has been the 10% sales revenue being donated to animal welfare. The situation of animals and their welfare is in dire straits in many regions of the world, it's a situation that's continuously in the news and the openly displayed animal cruelty is alarming. W.O.A International recognizes that it's something that won't be changed overnight, but passionately believe that continued support in the fight against it will eventually win through.

The Goa Chillout Zone CD Vol. 4 is the fourth release in the planned five-volume collection, with the first three volumes breaking records and topping several album and retail charts. Bringing together the best that W.O.A International has to offer as well as unsigned independent artists worldwide, the Goa Chillout Zone compilations continue to amaze media, radio stations and other major labels that now regularly tap into the W.O.A Records Goa Chillout Zone songs and artists for their own compilations and collaborations.

Such has the success been of the last three volumes of the Goa Chillout Zone compilation that W.O.A International is currently already selecting songs and artists for the Fifth volume of the Goa Chillout Zone Compilation, due for release January 2013. Artists interested in appearing on Vol.5 are encouraged to submit their songs for submission onto the collection. With 10,000 copies being pressed and distributed worldwide to mega stores, retailers, radio stations, coffee shops and digitally to Amazon and iTunes as well as top clubs at holiday destinations like Ibiza, Goa, etc, it's an excellent opportunity for unsigned artists to be heard by large audiences.

Formed in 1998 by World Music star Oliver Sean, W.O.A International is a global entertainment company that continues to lead the way when it comes to how music should be promoted. They are pioneering independent international music in India and Middle East and are now synonymous with the region. Their enviable reputation at opening up new possibilities means that they are the go-to company for independent artists wishing a truly international presence.
Posted by Oliver Sean at Friday, January 20, 2012 No comments: