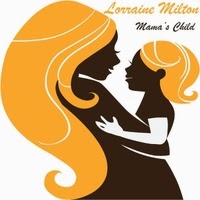 Lorraine Milton’s new single ‘Mama’s Child’, produced by MTV Europe Music Awards Nominee Oliver Sean, available now across all major stores worldwide.
London/Houston - W.O.A Entertainment – July 5th, 2014 – As an author and a singer/songwriter, Lorraine Milton has several singles and books under her belt. In one of her books there was a poem titled ‘I am my Mama’s Child’ which she decided to record a demo of, what followed was an incredible experience and transatlantic collaboration with some of the music industry’s big names and top class musicians, leading to the song ‘Mama’s Child’.
“Every person is Mama’s Child because this is the only way that they came to this world” says Houston based artist Lorraine Milton, “this song is very special to me and was actually a poem I wrote in my book ‘ My Son Went To Jail for Taking A Bath: A “MUST READ” For Every Parent and Their Teenager’ which I released in November of 2013”
The new single ‘Mama’s Child’ has been produced by MTV Europe Music Awards 2012 Nominee and Vh1 Top 10 Artist Oliver Sean who also co-composed the single with Lorraine  Milton.
“Lorraine connected with me via my record label W.O.A Entertainment, while working on another project with WOA”, says Platinum Selling Musician and WOA Founder Oliver Sean, “when she sent me the demo of the song and the lyrics to the song I immediately connected with it as it has a message I have always believed in and written about in my own music - Paying the highest respect to your Mother”
Originally from Detroit Michigan, Lorraine Milton is an R&B Singer Songwriter and Author who started singing at the age of 5 in her church choir and later was part of the Glee Club in her high school where her strong roots in music were formed. She served for 21 years in the military and as an author has written and published 5 books. As a musician her songs have been featured on global compilations like the Independent No.1’s Vol.3 (W.O.A Records) and her latest single ‘Mama’s Child’ will soon be featured on the world renowned chill compilation Goa Chillout Zone Vol.6 (W.O.A Records)
The brand new Lorraine Milton single ‘Mama’s Child’ is now available worldwide on iTunes and all major stores. The single will also be available on mainstream mobile networks  as a callertune. For more information on Lorraine Milton visit her on facebook at www.facebook.com/ladylomilt and on the WOA Entertainment Website www.woaentertainment.co.uk
ABOUT W.O.A INTERNATIONAL
Formed in 1998 by Platinum Selling World Music star and 2012 Europe Music Awards Nominee Oliver Sean, W.O.A International is a global entertainment company under the W.O.A Entertainment Group holding that continues to lead the way when it comes to how music should be promoted. They are pioneering international music in India and Asia and are now synonymous with the region. Their enviable reputation at opening up new possibilities means that they are the go-to company for independent artists wishing a truly international presence.
For additional information, please contact:

Further details about W.O.A International is available at www.woaentertainment.co.uk
Posted by Oliver Sean at Tuesday, August 05, 2014 No comments:

Emisor by Tiananmen - OUT NOW!

W.O.A Records proudly announces the launch of Emisor by Tiananmen - OUT NOW on iTunes and other major outlets worldwide