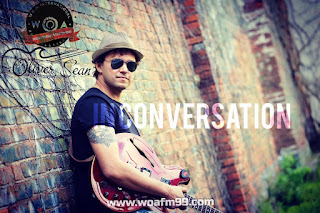 Welcome to the brand new Season 12 of the WOAFM99 Radio Show 2018, hosted by MTV EMA Nominated Produer & Artist Oliver Sean (Vh1 Top 10, Best Rock Album, Various No.1's). Today is an 'In Conversation' Episode where Oliver Sean is joined by a breakthrough artist. This week we feature Americana artist from Chicago - Richard Krueger, who is all set to launch his debut album this friday!

Today's playlist features the following bands you OUGHT TO KNOW!

3. Shelby Blondell - Dancing in the Rain

Posted by Oliver Sean at Thursday, January 25, 2018 No comments:

Posted by Oliver Sean at Wednesday, January 17, 2018 No comments: