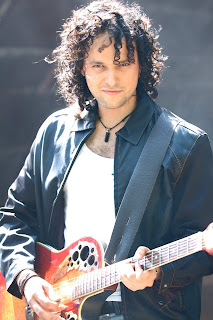 The new 'So Good' music video by platinum selling singer songwriter Oliver Sean will premiere today 2nd December at 1:15PM on Vh1 India and and additional 6 times a day at various time slots. 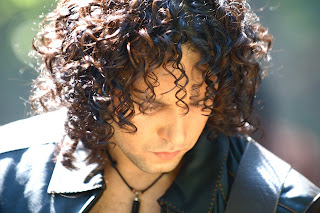 The Oliver Sean platinum selling single and the entire So Good album is now available across major mobile/cellphone networks as a caller tune starting today the 1st of December 2011. This comes in at the perfect time to coincide with Oliver Sean's brand new music video of the title song 'So Good' from the album on Vh1 tomorrow which premieres at the following times:
11:20 AM, 3:45PM and 9:20 PM as well as another 8 to 10 times during the entire day and night on the International Music Channel Vh1 from the 2nd of December onwards.

Fans of Oliver Sean and his music can download the hit song 'SO GOOD' as well as songs like 'MOVIES' which hit the Top10 on Vh1 this June and other new songs from the Oliver Sean album 'So Good', which was up for Grammy Nominations in 9 Categories this year, as their caller tune on various mobile networks including Airtel, Vodafone, Idea, Docomo, MTS, Aircel and BSNL etc.

The codes for the various songs of the new SO GOOD Album are listed below for Oliver Sean Fans to directly use and set their song of choice as their Caller Tune on their network of choice:

ALL NETWORK CALLER TUNE CODES FOR ALL THE HIT SONGS FROM THE OLIVER SEAN 'SO GOOD' ALBUM:

4. SONG NAME: JUST WANNA BE ME

If you need any assistance with the codes and how to get the caller tune on your mobile just email WOA Records on info@woarecords.com. And dont forget to tune in to Vh1 India on 2nd December 2011 FRIDAY to catch Oliver Sean's brand new music video of his song 'SO GOOD' on the International Channel at the following timings: 11:20 AM, 3:45 PM, 9:20 PM and 8 times more through out the days starting from the 2nd of December on Vh1
- W.O.A News Desk
http://www.woarecords.com
http://www.oliversean.com