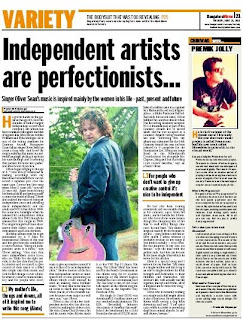 Independent Artists are perfectionists... Singer Oliver Sean's music
is inspired mainly by women in his life - past, present an future.
Read the Oliver Sean feature story on Bangalore Mirror, by Prashanth
Vidyasagar.

Check out this album on iTunes:

Vh1 Special on Oliver Sean to premiere on 8th June

A Vh1 Special documentary on Oliver Sean will be premiered on the International channel on 8th June 2012. 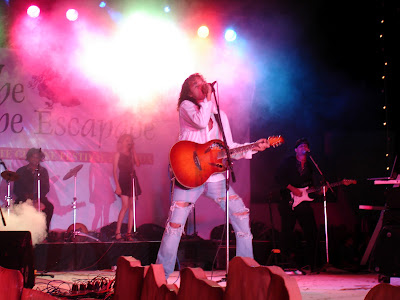 The documentary will see Oliver Sean in a one on one candid interview talking about his past, present and future projects, snippets from his tours, clips of his hit music videos and a personal side of Oliver Sean that most fans are going to love.

"This is a documentary in the making that shows Oliver Sean's journey so far" says Wanda Alvares, Head of Marketing, W.O.A International, "this particular Vh1 Special on Oliver Sean is compressed into a 5 minute TV Special with a full 30 minute documentary being launched later this year on various other channels and online".

The documentary also shows Oliver Sean with his impressive guitar collection, snippets from his tours and his personal bond with his dogs Buddy and Sam. Old and new fans alike are going to get an insiders view into this much loved star.

Watch the Vh1 Special on Oliver Sean starting on the 8th of June 2012. The TV special will be playing all through the week on the International channel Vh1 India.

Watch the first telecast of 'Alone'' today on Vh1 India, Friday 1st June 2012, between 9:30 AM and 9:55 AM, and a prime time telecast between 8:20PM and 8:55PM. The video will also be running on the channel all through the day and all through the month of June on shows like 'Hit Factory', 'Mix Tape', 'Zzz' and other Vh1 hit shows. The special Oliver Sean documentary will also premiere on Vh1 India shortly after the music video's three day exclusive premiere on the channel this month.
Visit the Official Oliver Sean Website for the latest updates: www.oliversean.com
- W.O.A News Desk
www.woarecords.com
Posted by Oliver Sean at Friday, June 01, 2012 No comments: