W.O.A International – The Music Company releases compilation CD, brings together the best Independent artists from all over the world on one album promoting peace.

Goa, India –Aug 27, 2009 – W.O.A International proudly announces the launch of the first volume in the Independent No.1's CD collection. Comprising of 20 artists from the company's record label W.O.A Records, it's an eclectic double CD bringing together some of the very best artists in independent music today. Best of all, it's part of an extremely worthwhile cause at the same time.

"With this release, we're not only bringing original and exciting music to the public," says Wanda Alvares, Executive Vice President / Head of Marketing, "we're also giving back to a cause we believe passionately in. For every CD sold, we will give 10% of the sale to a charity that supports the fight against terrorism."

W.O.A International recognizes that this fight on terror is something that won't be changed overnight, but passionately believe that continued support in the fight against it will eventually win through.

The Independent no.1's Vol. 1 CD is the first release in a planned annual collection of the very best music W.O.A Records has on its roster. Bringing together the best that W.O.A International has to offer, it includes the likes of Danny Hooper, Osh10, Mark Hvilsted, Resin Dogs, Pedro Menendez from the W.O.A Records roster and other Independent Music stars all signed to W.O.A International – The Music Company.

Such has the pre-release interest been in the first volume after the preview on the weekly W.O.A Radio show that W.O.A International has decided to bring several of these artists to India on tour to promote the album and to be a part of the W.O.A Music Festival this year.

With the Independent No.1's Volume 1 compilation CD set to be a huge success for both artists and the chosen charity, and Vol.2 already in the planning stage, 2009 looks set to be a milestone year yet again for W.O.A International. Download the CD today or listen in to the weekly W.O.A Radio Show also available as a podcast on itunes and find out what all the noise is about.

Formed in 1998 by World Music star Oliver Sean, W.O.A International – The Music Company is a global entertainment company that continues to lead the way when it comes to how music should be promoted. They are pioneering international music in India and Asia and are now synonymous with the region. Their enviable reputation at opening up new possibilities means that they are the go-to company for independent artists wishing a truly international presence. 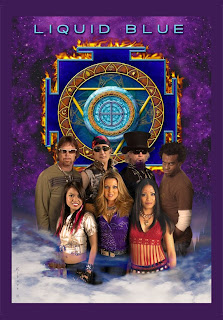 Goa, India – Aug 25, 2009 – W.O.A International has recently signed on San Diego based band Liquid Blue to the W.O.A Booking Agency roster. Liquid Blue is an independent recording and touring act based in San Diego, California. Featuring Scott Stephens and the sensational BlueGirls trio, the seven-member act has performed in more than 100 countries on 7 continents a world record. The nomadic troop has performed over 1500 shows and has been featured on the covers of Entertainer Magazine, New Music Weekly and American Entertainment Magazine. Numerous Awardsinclude "America's Best Dance Band" and "America's Best Independent Artist". The Chinese Government invited the band to perform at the kick-off concert for the 2008 Summer Olympics in Beijing. The performance was seen by millions worldwide. Now signed to W.O.A International's elite artist roster the band is looking at targeting the regions of India and the Middle east with the network and support of W.O.A International's infrastructure.
For more details of Liquid Blue visit us at http://www.woarecords.com/management
- W.O.A News Desk
W.O.A International - The Music Company
www.woainternational.com
Posted by Oliver Sean at Tuesday, August 25, 2009 No comments:

Every month W.O.A Records has been releasing some very interesting and news worthy albums. This month is bigger and better with the launch of several high profile albums and compilations including the W.O.A Radio Show which is launching officially on the 15th of august. This month's album releases include Cypher16, Legrand, Lorcan, Daze of Dawn, Risemann, Kate Ashby Craft, Lorcan Mac Mathuna and the Goa Chillout Zone Vol.2 All these albums are available at record stores (W.O.A Distribution Network) and online at the W.O.A Digital store and various other online stores including itunes and Amazon. We hope you join us in supporting these great artists and also remember that you can listen to all these artists on W.O.A Radio which is also available on the woarecords website at http://www.woarecords.com and as a podcast on itunes at http://itunes.apple.com/WebObjects/MZStore.woa/wa/viewPodcast?id=327013137 Cheers! - The W.O.A International Team
Posted by Oliver Sean at Friday, August 14, 2009 No comments:

Aug 13, 2009 – Goa, India - W.O.A International launches W.O.A Radio, a one hour weekly syndicated radio show that will be broadcast across various radio stations, podcast channels, satellite stations and internet radio stations. The radio show will feature latest releases by W.O.A Records, one on one interviews with artists and news relating to the elite W.O.A Roster of artists and latest Independent music news and updates from the W.O.A International Headquarters in Goa.

“W.O.A Radio has been in the works for a while now and was planned to be launched a few years ago but was put on hold due to the unprecedented expansion of W.O.A International and its various divisions. I’m happy to see it finally kick off” says Oliver Sean, W.O.A President and Founder. "Independents signed to the W.O.A roster have a fantastic infrastructure with W.O.A Internationals existing divisions already and now with the addition of W.O.A Radio it just adds to this support system they have and reiterates W.O.A International's mission to be the No.1 Independent Music Company that serious Independent musicians across the world can count on"

The W.O.A Radio show can be heard on various stations across the world that syndicate the show as well as via podcasts that are available easily for all Independent music lovers at the itunes store for free and via the W.O.A records official website.

W.O.A International have also confirmed that all previews and first broadcasts of their releases will be done on the W.O.A Radio Show which makes it easy for fans of artists signed to W.O.A International to access and get all the information first hand from the W.O.A Radio Show. The show promises to be highly interactive where fans and listeners can chat with artists who appear on the show and learn more about their favorite bands and singers.

The official podcast is live on all itunes stores at http://itunes.apple.com/WebObjects/MZStore.woa/wa/viewPo ... also available to all visitors of the official W.O.A International website athttp://www.woarecords.com where listeners can also download the stream. 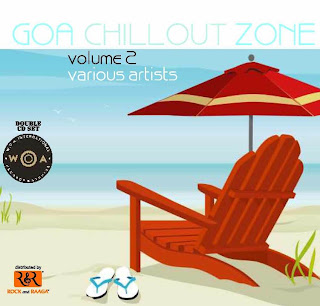 Posted by Oliver Sean at Wednesday, August 12, 2009 No comments:

W.O.A Radio goes live on 15th August as a 1 hour weekly licensed show on radio stations across the world. The weekly W.O.A Radio show and podcast is a radio show that showcases some of W.O.A International's best artists. C

The W.O.A Radio Show will be available as a podcast download via the itunes store Internationally so all fans of all our artists can download the shopw and listen to it at your own time. Check for weekly updates of the W.O.A Radio show to hear the latest from the newest releases by musicians from across the globe via the itunes store and if you are lucky via your local radio station.

Interviews with W.O.A Stars, Contests and more will be included in upcoming shows - we hope you join us to support Independent music and have fun doing it :-) Also we would love it if all our listeners get interactive and give us comments and ideas how to make the show more interesting by emailing us at info@woarecords.com or skype us - our user name is W.O.A International (Leave us a voice mail and we will air it on the next radio show/podcast.
Artists wanting to have their music aired on this awesome show send us your mp3's and if we like it - we will play it! W.O.A International is the global entertainment company that houses W.O.A Records, W.O.A Media Studios, W.O.A Artist Management, W.O.A Events, W.O.A Publications and is Home to the World's Best Independent Artists. - Team W.O.A Radio