Watch the first telecast of 'Alone'' today on Vh1 India, Friday 1st June 2012, between 9:30 AM and 9:55 AM, and a prime time telecast between 8:20PM and 8:55PM. The video will also be running on the channel all through the day and all through the month of June on shows like 'Hit Factory', 'Mix Tape', 'Zzz' and other Vh1 hit shows. The special Oliver Sean documentary will also premiere on Vh1 India shortly after the music video's three day exclusive premiere on the channel this month.
Visit the Official Oliver Sean Website for the latest updates: www.oliversean.com
- W.O.A News Desk
www.woarecords.com
Posted by Oliver Sean at Thursday, May 31, 2012 No comments:

SO GOOD hits the top of the 'AA' Charts this week. 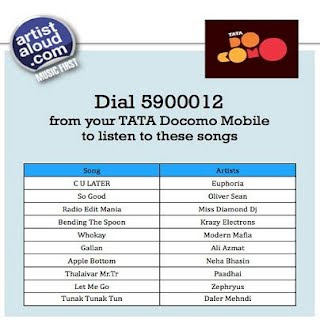 Oliver Sean's platinum selling single 'So good' hits the No. 2 spot on the AA charts in Asia.
28th July 2012: Oliver Sean's 'SO GOOD' hits the TOP OF THE CHARTS today. The 'SO GOOD' single released in 2010 and hit platinum status in March 2010. A year later the SO GOOD ALBUM was released and the second single/video 'MOVIES' hit the Vh1 International Top10 Charts in June of 2011.
The SO GOOD single then hit the Vh1 HIT LIST with the release of the So Good Music Video in December of 2011, while the album also got selected for the 54th Grammy nomination list in 2011.

Goa, India - 2nd May 2012 - "My Mom's my inspiration" - A front page, feature story on Oliver Sean, written by acclaimed journalist Shruti Pandit. Read the article as published on the Times,  2nd of May 2012.