W.O.A International to take India on a journey through a new musical landscape with Australia’s Osh10

Goa, India – September 25, 2008 – W.O.A International's management team has been creating waves in this part of the world with the signing of Independent musicians on the brink of stardom and after introducing Alternative rockers from the US and Jazz singers from South America to the Indian market its time for the electronic wizardry of Osh10 to take the electronic music fans of India on an unforgettably journey.

"Electronic music mixed with adventurous song writing is something that Osh10 does seamlessly and their blend of music is a sound that can work wonders in the dance and electronic scene in India" says Pete Saunders, V.P. W.O.A Management, "this duo that forms Osh10 is destined for great success and W.O.A is here to make this a reality sooner rather than later".

Osh10 was born out of the adventurous song writing partnership of Mike Macgregor and Aimee Chapman. They have been described as "a supernova burning brightest before the star burns out" by industry insiders.

"Armed with a Big Voice and Styling Bass Guitar we challenged ourselves to create layered, eclectic, satisfying music using only this basic line up" says Aimee Chapman of Osh10; "through a period of incubation and exploration the music has taken on a life of its own and we still only use bass and voice and add loops and effects to create a whole universe of sound" chips in Mike Macgregor.

Osh10 is set to take on the world with their unique blend of music that's simple and complex at the same time. Having now signed on with the W.O.A International Group they are well on their way to take on the world. With the network of the W.O.A international Group that includes the major distribution networks of W.O.A Records and the marketing prowess of the W.O.A Marketing division – Osh10 are now armed with the backing their music needs to become a worldwide phenomenon.

W.O.A Events, a part of the W.O.A International Group is also planning on having Osh10 tour India in 2009 during the annual India Tour 2009. Stay tuned to the WOA Records website for more information on Osh10.

Posted by Oliver Sean at Thursday, September 25, 2008 No comments:

Official note to all Promoters from W.O.A International

OFFICIAL NOTICE: This is an official note to all Promoters, Record Labels
and Artist Managers in India and the Middle East who work with foreign
artists and who are currently booking acts for shows and other opportunities
- The following acts are under contractual agreements with W.O.A
International and have not been officially relieved from their contractual
agreements with us. The acts are:
DaveJ (Australia)
Mana3 (New Zealand)
Xiren (USA)
Cuca Moreno (Spain)

These artists are under contract with us and cannot be booked directly. If
interested in these acts please get in touch with our Artist Management
division who will advise you on how to proceed.

Posted by Oliver Sean at Friday, September 12, 2008 No comments:

W.O.A International to introduce a new blend of Pop music to India with Kallii. 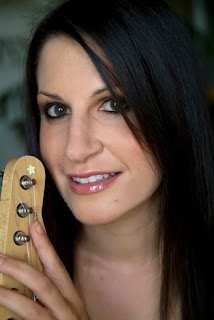 Goa, India ­ September 10, 2008 ­Its been a year that has seen some of
Independent music¹s biggest names signing on with Global entertainment
company W.O.A International and now we see another milestone with the
signing on Kallii to W.O.A Management.

Coming from a Greek background Kallii¹s family name ŒKalliopi¹ means
Œbeautiful voice¹ in Greek and how apt a name for a singer that embodies
this name to perfection. "Music means everything to me," Kallii admits. "It
is a part of my daily life and it always has been. If I'm not composing
music I'm listening to inspirational artists or enjoying playing some
classics on the piano. I go into another world and can write/sing/play for
hours and hours and never am tired of it. When I am performing to an
audience I am exactly where I want to be² says an excited Kallii who is set
to release her single worldwide on October 4th

Having signed with W.O.A Management the beautiful singer will be scheduled
to tour India and the Middle East. All divisions of W.O.A International will
be supporting Kallii on this road to success as is common with W.O.A and its
roster of artists. W.O.A Events, W.O.A Management, W.O.A Records, W.O.A
Radio and W.O.A Music marketing will be lending their assistance to the
singer for the release of her new album which is expected to create quite a
stir.

Indie fans in India are keenly following the artists signed to W.O.A
International and with the signing of Kallii we expect a great response and
a larger fan base being created for the singing sensation.

ABOUT W.O.A INTERNATIONAL
Formed in 1998 by World Music star Oliver Sean, W.O.A International is a
global entertainment company that continues to lead the way when it comes to
how music should be promoted. They are pioneering international music in
India and Asia and are now synonymous with the region. Their enviable
reputation at opening up new possibilities means that they are the go-to
company for independent artists wishing a truly international presence.