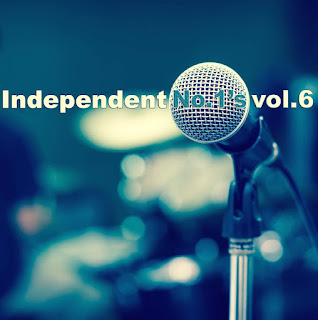 London, United Kingdom - 2nd June 2016 - The much awaited W.O.A International compilation album Independent No.1's Vol.6 is out now on iTunes and other major online and offline stores Including the official Independent Number Ones website

Conceptualised and Produced by Platinum Selling MTV Europe Music Awards Nominee Oliver Sean, this is the 6th edition of this one of a kind compilation album, the first of which was released in 2009/10. WOA Records has consistently released a new Independent No.1's compilation album for 5 years in a row featuring breakthrough Independent artists. Last year saw the release of the 5th Anniversary edition. Vol.6 launching worldwide today and is expected to have the same high standards that has made this exclusive independent musicians album a highly acclaimed annual compilation that receives support from mainstream media, venues and radio. The Independent No.1's is supported with the same high end marketing and support that the hit WOA Records compilation 'Goa Chillout Zone' receives.

Featuring International multi genre artists, the Independent No.1's album has received rave reviews by the media and the music industry for the years of hard work and dedication the WOA International team put in to produce this annual compilation consistently through the years, that promotes and celebrates breakthrough Indie musicians, giving both media and fans access to amazing talent curated by the W.O.A Entertainment Group.

"The Independent No.1's is a project we began in 2008 with the first album releasing in 2009/10 at the Annual WOA International Music Festival and India Tour in association with Vh1" says W.O.A Entertainment Group Founder and CEO, Oliver Sean, "the compilation initially focused on the artists that were signed to the WOA Records elite roster, however since 2013 we have featured Independent artists from around the world not necessarily signed to our label, this in turn has brought into focus wonderfully talented artists that would otherwise not have main stream access in regions like India and Dubai".

With the WOA Entertainment Group being run by successful musicians with main stream music pedigree (Sony BMG, Virgin, Times Music) and a marketing team that has over 50 years of experience collectively as ex Fortune 500 company executives (Xerox, Microsoft, Hilton Hotels), has led Independent Artists from around the world looking to sign up with W.O.A International when it comes to breaking into the India and Dubai markets. The Independent No.1's Vol.6 features several artists that have also been supported and promoted via the Annual WOA Intee national music Festival and Tour, the Goa Chillout Zone, WOA Artist Management Elite Roster, the WOA TV Show, the WOAFM99 Radio show and high end Music Video Production and Promotion deals via the various divisions of the W.O.A Entertainment Group.

For the latest updates on stores and where you can download the digital album or buy the cd visit http://www.independentnumberones.com and http://www.woaentertainment.co.uk

ABOUT W.O.A INTERNATIONAL - THE MUSIC COMPANY