Someone just shared a publication with you 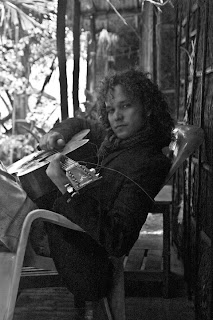 Oliver Sean awarded top played artist on Jango Radio for the week ending 16/1/11
18th Jan 2011 - With the almost instant radio success of Oliver Sean's new single 'Movies', the rocker was named among the winners of the top pop score on Jango Radio, which is broadcast to over 7 million listeners worldwide, after his song 'Movies' was one of the most 'liked' and requested song among Jango listeners.

The new single 'Movies' by Oliver Sean was released as a radio only release on the 11th of January 2011 to promote the artists upcoming album 'So Good'. The song 'Movies' is one of the featured songs from the upcoming Oliver Sean CD and is currently on rotation on various radio stations on the iheartradio network of over 700 stations across the United States of America and on several online stations including Jango which is one of the internet's leading online radio stations with over 7 million listeners.

This is Oliver Sean's second single released from his upcoming album which has garnered much attention from fans and the industry after the first single from the album and the title track 'So Good' was certified platinum in 2010 when it reported over 3 million downloads and plays within 2 days of its release as a single.

With the success of the second single 'Movies' which is generating constant rotation and requests on radio stations globally the new Oliver Sean CD 'So Good' is expected to thrill fans and is generating a lot of interest from both fans and the music industry even before its release which is to happen with a media blitz and official launch on the 11th of April 2011.

Goa, India - 11th Jan '11 - International Alt Rocker Oliver Sean's new single 'Movies' from his upcoming CD 'So Good' has been released today to International Radio to announce the 2nd leg of the singer's 'So Good' Tour in the coming weeks across Asia.

"Movies is one of my favorite songs from the new CD and is a song that almost everyone in 'Love' is going to want to listen to and dedicate to their partners on the call in radio shows" says the International Rocker, "the new album 'So Good'  is all set for release shortly and 'Movies' is the second single from the album that we decided to release on radio to announce the 2nd leg of my 'So Good' tour and the upcoming album release"

Now with a few weeks left for his fans to get their hands on the much talked about album 'So Good', the radio release of the star's second single 'Movies' is bound to attract even more attention. The song 'Movies' and 'So Good' are now being broadcast across the US on iheartradio's network of over 400 FM stations across the states including PRX which will see the song on Public Radio globally and various other satellite stations. Local stations in Oliver Sean's hometown of Goa are expected to have the song 'Movies' this week for Oliver Sean fans to enjoy on radio.

"This new album by Oliver Sean is the biggest release we have ever undertaken on W.O.A Records and we are all geared up for the release this April" says Wanda Alvares, Marketing Director and Executive Vice President of W.O.A International, "This album has the makings of an International hit especially the new song released today on radio 'Movies'and we are pulling out all stops to promote this album and get the best songs from the album to Oliver Sean's fans with 4 music videos to support this album with extensive support promised by various major networks and the media that have always loved and supported Oliver Sean"

Oliver Sean's upcoming 'So Good' album has been garnering a lot of media attention and fan interest after the title track 'So Good' was certified platinum by W.O.A Records when it reported over 2.5 million downloads in three days of its release last April and his ongoing 'So Good Tour' where the artist has been rocking the stage across Asia and headlining various concerts, charity events and special radio shows.

"11th of Jan 2011 is a special date for Oliver Sean and W.O.A Records" says Pete Saunders, Artist & Repertoire, W.O.A Records "And 11 being Oliver Sean's favorite number and this date 11/1/11 being a once in a lifetime date he insisted that we officially release the second single 'Movies' on Radio today"

Oliver Sean's debut album 'I Like It' was nominated for International album of the year in 2004 alongside John Mayer, Robbie Williams, Kylie Minogue and Third Eye Blind (AVMax) and since that release the rocker has changed the face of Independent music in this region. He is now considered one of Independent music's biggest success stories and also called "India's hottest International offering" by The Sun and has been credited to have taken Independent music from India to a global level by E+ (Gulf News) when they featured on their cover story titled 'India goes Indie'

For the latest updates on Oliver Sean and his new album and to get your hands on the CD before anyone else along with the special concert DVD, check out the artists Official Website www.oliversean.com

Are you a Photography or Videography enthusiast and a fan of the Oliver Sean Sound?

This is a special call to all amateur photographers here with DSLR cameras & HD Video Cameras - send in some of your pictures or videos or footage that you think is super if you would like to have it shown in an upcoming Oliver Sean video.

Note: We want only folks who are fans of the Oliver Sean Sound to send their creative stuff to us. Our directors will use what we think is good and goes with our concepts for certain songs from the new upcoming 'So Good' CD.

Send us links to your stuff to manager@woarecords.com - you will be given full credit for your work if it is used. 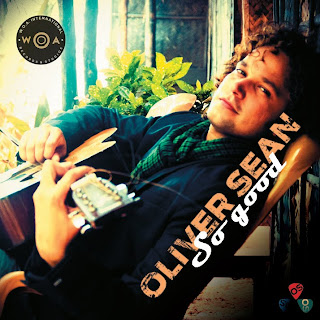 Oliver Sean - No Regrets (If she smiles)