Posted by Oliver Sean at Tuesday, February 26, 2019 No comments:

Oliver Sean's single Doing That (Time. Love. Happiness) hits No.2 on the iTunes UK World Charts after the artist's headlining performance at the 10th WOA International Music Festival and tour, which also saw the music video of the single being picked up by Vh1, 9XO and other networks worldwide.
1 2 3 4 5 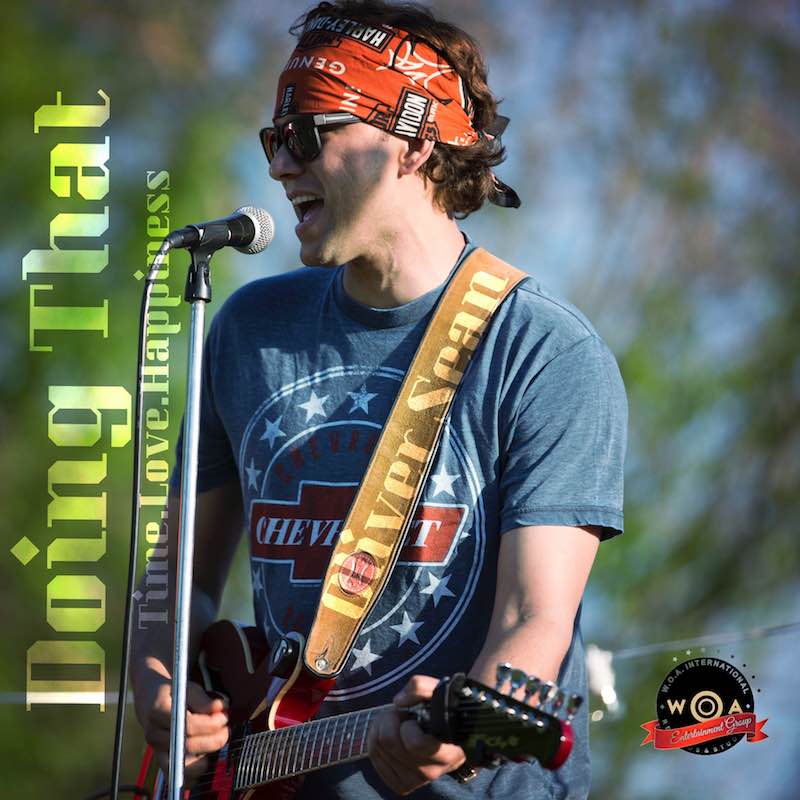 Oliver Sean has played the odds all throughout his career as an Independent artist; first with his debut album 'I Like It' being nominated by a prominent magazine for best International album of the year alongside John Mayer, Robbie Williams, Kylie Minogue and Third Eye Blind. He later bagged an MTV EMA Nomination for Best Worldwide Act for his 3rd studio album 'So Good' and also a Vh1 Top 10 for one of the music videos from that album. His 4th studio album  Devil in Blue Jeans, which released in 2018 won several awards and nominations including Best Rock Album, Best Americana Song, Best Original Song, a No.1 on the iTunes Top 100 Singles in Europe and even a Best Music Video at the International Independent Film Awards for a music video directed and produced by the artist himself. The new single Doing That (Time. Love. Happiness) see's the artist going back to his World Beat roots and receiving adulation from his fans and the media. And all this while being a true DIY Independent Artist.

"Hitting the iTunes charts in countries like the United Kingdom and North America is tough for an Independent artist because they are dominated by the major label acts. The only way an Indie artist can breakthrough into these charts is if your fans actually buy your music, share your music and spread the word with a dedication only true fans have" says the MTV EMA Nominee, "the biggest wealth a real musician has is his hardcore fans. The major label manufactured acts will come and go but if you have fans like mine you can make music and have hits till the day you die. They are my biggest inspiration and the reason I keep doing what I do"

The 10th WOA Music Festival and Tour this year, which was in association with Vh1 India, Lazy Bee Cottages and Wanda's Wellness Centre was a big reason for the single hitting such heights on International charts because it saw Oliver Sean reconnecting with his fans across countries he hasn't performed in for over 2 years and the music video of the single getting  excellent support from mainstream television worldwide.

The singer songwriter is now in the process of releasing his new music video for the title track of his multi award winning album Devil in Blue Jeans and also gearing up with his Band for the WOA UK Tour Summer 2019 along with several other breakthrough Indie artists from the WOA Entertainment Artist Roster.

Posted by Oliver Sean at Thursday, February 21, 2019 No comments:

You got invoice from DocuSign Electronic Signature Service

Posted by Oliver Sean at Thursday, February 14, 2019 No comments:

Posted by Oliver Sean at Wednesday, February 13, 2019 No comments:

Posted by Oliver Sean at Wednesday, February 13, 2019 No comments:


ReplyReply AllForwardEdit as new
Posted by Oliver Sean at Wednesday, February 13, 2019 No comments: