Country star from Canada signs on to W.O.A International 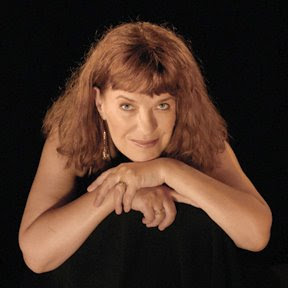 "Country music is my favourite genre of music that I love listening to
and when I heard Kate's music I was hooked from the first song
onwards" says Oliver Sean, President/ Founder, W.O.A International,
"she has already been nominated for the 'Best Microphone Award' (Best
Singer) at the King Eagle Music Awards held in Nashville (home of
country music) and we think her music will be well received by the
surprising number of country fans growing Internationally and W.O.A
International is fully geared to take her music to the masses".

Originally from Halifax, Nova Scotia, Kate Ashby-Craft started off as
a classical voice and theatre major in University but wanting to
experience other kinds of music Kate went on the road performing
everything from country and rock to jazz and blues touring Canada and
the U.S.A. Her albums have been well received on various commercial
radio stations in the US and Canada and her vast experience in the
field of music have always brought recognition and accolade to her
compositions and songs.

"My latest CD 'Love Is All There Is' was a concept album and
lyrically all twelve songs explored a different dimension of love.
Musically this album ventured into Jazz/Pop with a Latin/AC/Folk
flavour" says Kate, "This album received rave reviews and has charted
on several college radio charts. In October 2007 this CD was nominated
for 4 Music Awards in the Toronto Exclusive Magazine Awards."

Kate's music is now receiving Commercial radio airplay around the
world and in September 2008 Kate accepted the role of June Carter Cash
in the touring show 'The Legend in Black', a tribute show to the music
of the late Johnny Cash and June Carter Cash. Kate Ashby-Craft has
been seen and heard on various TV and radio shows such as City TV's
"Breakfast Television" and CBC's Ontario Morning and has performed at
such notable venues as the Canadian National Exhibition in Toronto,
Waterloo's Festival Of Lights, Canada Day celebrations in London as
well as the Songwriter's Association Canada's Bluebird North in
Toronto, The Canterbury Folk Festival in Ingersoll and The Stratford
Festival of Canada.

W.O.A International is now gearing up to bring this true blue country
star to India and promote her music on a global level. Stay tuned to
the W.O.A Records website for more information on Kate Ashby-Craft.