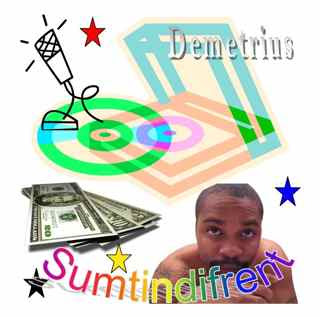 Goa, India – Jul 02, 2009 – The W.O.A Artiste and Repertoire team has
always discovered musicians & performers who are different in their
musical styles especially when signing them to the exclusive and
highly sought after roster of the W.O.A International label - W.O.A
Records, This time the W.O.A A&R team has done it again with the
signing of an artist who just cannot be defined by one genre. Record
labels around the world usually frown upon non-Definition of a genre
for an artist's music, however with an artist as versatile as
Demetrius all rules have changed.

"As a performer this artist can hold on to an audience of any size and
this is what the music industry is now grabbing on to – Artists who
can perform and hold on to an audience not just for the duration of a
2 hour performance but hold on to them as fans for years to come" says
Oliver Sean, Founder, W.O.A Records, "with the signing of Demetrius it
is an unprecedented move as he doesn't fit into one specific genre
which is a blessing for venues and event organisers who can use an
artist like Demetrius at various shows and events".

A born entertainer, Demetrius started out at an early age. Even with
various pitfalls early on in life this artist has now emerged as a
fully rounded performer and artist. "I don't want to cater to just one
specific type of fan base" says the entertainer, "I think an album
should be able to carry its worth for all 10 to 15 songs and it
shouldn't be just about singles"

With the International infrastructure that Global Entertainment
Company W.O.A International offers its artists through W.O.A Records,
W.O.A Management, W.O.A Events and W.O.A Media Studios; Demetrius has
all the support he needs now to break into the International music
scene and prove that he truly is an International star that he dreams
of being.

W.O.A Records is all set to do a worldwide release of Demetrius'
latest album titled 'Sumtindifrent'. The artist is also scheduled to
tour India on a promo tour during his music video shoot, which will be
shot in India later this year. Stay tuned to W.O.A Internationals
official website www.woarecords.com for further updates