Oliver Sean to release EP with all proceeds doubled for animals. 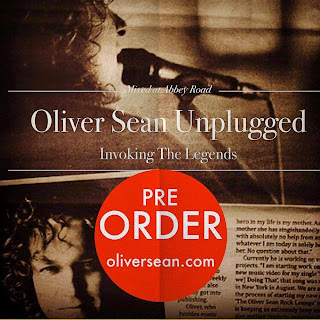 MTV Europe Music Awards 2012 Nominee Oliver Sean launches  indiegogo campaign for 'Invoking the Legends' an unplugged EP, sales proceeds of which, including all indiegogo contributions, will be doubled by the Singer and utilized for Animal Welfare in Goa.

W.O.A International - 30th July 2014 - An EP featuring an inimitable unplugged performance by MTV Europe Music Awards Nominee & Vh1 Top 10 Artist Oliver Sean, singing classic songs that have inspired generations, is scheduled to be released this December. What makes this EP special is that it is dedicated to Animal Welfare and all proceeds from sales of this EP will be doubled by the platinum selling Singer and will be utilized directly for animal welfare in Goa where stray animals are in desperate need of help.

"All proceeds from sales of this recording, not just profits - ALL SALES PROCEEDS, will be doubled by me personally and will be utilized for Animal Welfare, mainly focusing on the plight of stray animals in Goa who have absolutely no help after 5PM once the work day is over" says Singer/Songwriter Oliver Sean, "this is the shocking truth! Animals in distress are left to die by authorities and animal welfare groups!! NO ONE helps them aside from animal lovers in Goa who come out in the middle of the night to help Dogs, Cattle and any other animal that has been hit by a car or been in an accident".

The singer songwriter who is a passionate supporter of animal rights states that the good people of Goa help animals in distress all alone at night and have no one in the government or the NGO's  who can help them help the animals at that time of day/night when the animal welfare groups have closed their offices for the day.

With this new EP, which will be mixed at the legendary Abbey Road Studios in London, all proceeds from every CD/Digital Album that is sold will be doubled and utilised towards helping ANIMAL LOVERS HELP ANIMALS IN NEED.

Some of the bigger perks offered to fans who support this  campaign includes names printed on the CD inlay cover, VIP and Backstage tickets for the 7th Annual Festival in Goa on 31st January 2015 to meet Oliver Sean, these special guests will be thanked live on stage by Oliver Sean during the concert. Fans who are the biggest pledgers will be able to invite Oliver Sean over to their home for a private 'House Concert'. And all contributions will be doubled by Oliver Sean personally and utilized for animals in need.

"Our hope with this project is the Animals finally having somebody to help them when there is no one there for them" says the Vh1 Top 10 Artist, "In a small way we will do what we can".

Formed in 1998 by World Music star Oliver Sean, W.O.A International is a global entertainment company, part of the W.O.A Entertainment Group, that continues to lead the way when it comes to how music should be promoted. They are pioneering international music in India and Asia and are now synonymous with the region. Their enviable reputation at opening up new possibilities means that they are the go-to company for independent artists wishing a truly international presence.