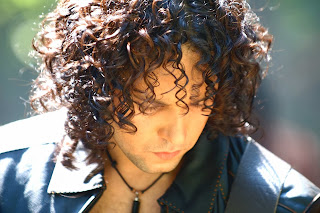 Leicester, United Kingdom – 19th Oct 2013 – Oliver Sean, known as one of Independent Music's biggest success stories and also praised for supporting and launching hundreds  of Independent artists from around the world via his label the W.O.A Entertainment Group, today announced his plans to open his first Live Music Club in Leicester. The artist also announced his Grammy Nomination Ballot inclusion third year in a row for his new single '(are we) Doing That'.

"The Live Music Club has been in the works for a while now and has been my secret dream for years and now that I have moved to Leicester we finally decided to launch the club in my new home town" says the MTV Europe Music Awards 2012 Nominee, "I also received great news today about my new single being included in the 56th Grammy Awards Ballots in 6 categories and this was the perfect time to announce the news about my club as it is a very exciting time for my family and my fans and Leicester is perfect for my live music lounge'.

The Oliver Sean Music Lounge is expected to launch in 2014.  This one of a kind music club will feature some of the worlds finest live musicians every month and exclusive live performances by Oliver Sean.

"It just makes good sense that a live music lounge would eventually be opened to music lovers by Oliver Sean " says Wanda Alvares, Marketing Director, W.O.A Entertainment Group, " A Live Music Club owned by one of the finest Live performers in the world and with over 200 International bands signed to our record label it was only a matter of time for this to happen"

Besides a successful music career and running one of Asia's largest Indie Music Company, Oliver Sean also produces the successful WOA TV Show – All Things Music and Hosts the WOAFM99 Radio Show every week. The Singer/Songwriter will be on tour this November across India and Dubai and has a new music video release in the pipeline for November. The artist will also be releasing his 4th studio album early 2014 which he plans to release at the first 'Oliver Sean Music Lounge' in the United Kingdom