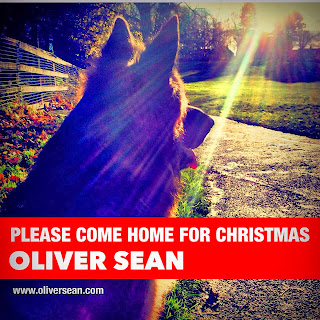 Oliver Sean's unplugged version of the Charles Brown hit 'Please Come Home For Christmas' was released worldwide today on iTunes by W.O.A International
FOR IMMEDIATE RELEASE
PRLog (Press Release)  - Dec. 12, 2013 - LEICESTER, U.K. -- W.O.A International - The Music Company today announced that the Oliver Sean version of the Charles Brown hit single 'Please Come Home for Christmas' is released worldwide on iTunes along with a music video on various networks. The MTV Europe Music Awards Nominee performed this song during one of his live concerts where the track was recorded live and unplugged. The single was mastered for digital release and is now available for fans to download via itunes, amazon and all major online digital stores in time for the Christmas holidays. A music video for this song is also launched simultaneously to support the release of the single and will be featured on various networks and online. "This is one of my favorite christmas songs because I'm always traveling during the christmas holidays and miss my family and friends so much, which you will see on the video we have put together for this track" says the International Vh1 Top 10 Singer Songwriter Oliver Sean, "ironically the label is releasing the single this Christmas when I am actually going to be home in Leicester with my family" 'Please come Home For Christmas' has been covered by several major recording artists including the Eagles, Jon Bon Jovi, Willie Nelson and other great stars. "Oliver Sean's version is the latest to join this long list of major artists who have covered the Charles Brown hit and we are sure this wont be the last time the song is covered by a world class artist" says Wanda Alvares, Marketing Director, W.O.A Entertainment. Starting today, the new single can be downloaded on iTunes https://itunes.apple.com/gb/album/please-come-home-for-ch... , CDBaby http://www.cdbaby.com/cd/oliversean5 , Amazon and other major stores. The music video for the single, which is also launched today can be watched online at https://www.youtube.com/watch?v=x1criqTdFRA and on International TV channels starting from Friday the 13th of December including Vh1 India and the WOA TV Show http://www.woatv.tv
Media Contact
W.O.A International
+447415523131
woa@woarecords.com
Posted by Oliver Sean at Thursday, December 12, 2013