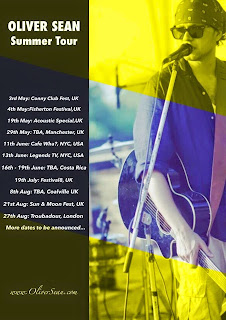 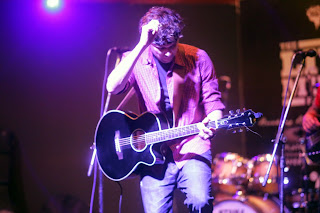 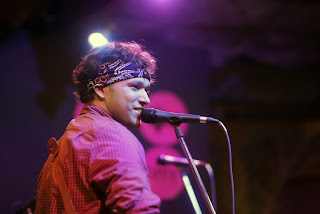 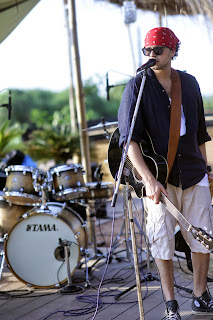 WOA Records releases upcoming tour dates of the Oliver Sean Summer Tour across the US, Costa Rica, Portugal and England, including a release of the Vh1 Top 10 artist's brand new single 'New York' at the legendary 'Cafe Wha?' during the New York leg of the Tour.

W.O.A International - 16 May 2015 - MTV EMA Nominee Oliver Sean has stripped down! The breakthrough Indie singer songwriter, whose Vh1 Top 10 Album that Rolling Stone Magazine called "its like the Eagles have hired Jack Johnson for some lessons on lightening up", has lightened up indeed by surprising fans with his acoustic side at all is performances since the start of the year. Oliver Sean has now announced dates of his Summer Tour that will see the platinum selling artist performing his new stripped down acoustic rock material across the UK, America, Costa Rica and Portugal.

His new single, highly anticipated by his fans, will also be launched during the New York Leg of the tour at the legendary Cafe Wha? on 11th June, the song is titled 'New York'!

"I think touring in Summer is just fantastic, most of the gigs are at festivals and open air gigs by the beach, which means I get to wear shorts, a bandana and play the guitar to happy crowds drinking beer!" says the Vh1 Top10 Singer Songwriter with a laugh, "this time around I will also have a chance to introduce my acoustic side and release my new single called 'New York' in New York City, how cool is that"

Oliver Sean is also scheduled to appear on several TV and Radio shows during this tour with live performances on some of the television shows, which will give fans in cities not covered on the tour, a chance to watch Oliver Sean perform his new material live.

Don't miss Oliver Sean as he showcases his new acoustic rock material and stripped down versions of his past hits all through his 'Stripped Down 2015 Summer Tour'!