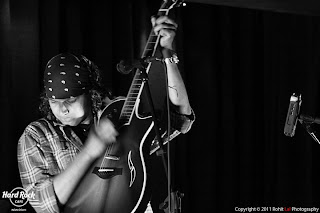 May 19, 2011 – International Rocker Oliver Sean's new music video 'Movies' from his brand new album 'So Good' will premiere on Vh1 this Friday the 20th of May as an Exclusive video on the International music channel. The music video is based on the song 'Movies' from the new Oliver Sean 'So Good' Album and interestingly the music video has been directed by the singer/songwriter himself and is the artist's first foray into film making.
"I have always been a co-producer for all my previous music videos of my past albums and I have also been executive producer for various music videos of W.O.A Records' signed artists, but this is the first time I have directed a music video myself" says singer/songwriter and now filmmaker, Oliver Sean "its something I have wanted to do for a very long time and now having finally directed a music video for my own song I know that I am going to be getting into film making more seriously from here on"

The music video premiere on Vh1 will coincide with the on-going Oliver Sean 'So Good' Tour (India Leg) which is currently on across all the Hard Rock Cafe's in India giving fans a chance to watch the artist Live in Concert at the worlds best live music venue and watch the artist's new music video video on the worlds no.1 International music channel.

Oliver Sean is currently on a 10 month International tour to promote his new album 'So Good' (W.O.A Records) and is currently on the India Leg of the tour where Vh1 and Hard Rock Cafe are the official channel and venue partners supporting Oliver Sean who is one of the most sought after International singers today. Having completed the Dubai Leg of the 'So Good' Tour on a high note in April, the 'So Good' tour kicked off in India on the 3rd of May at the Hard Rock cafe in Mumbai and saw the rocker perform across the Hard Rock Cafe's in Mumbai, Pune and New Delhi with the Bangalore and Hyderabad concerts to take place at the hard rock cafes in these cities on the 19th and 26th of May, which will coincide with the global launch of the new music video 'Movies'.

The Oliver Sean 'So Good' tour will move on to London, China and the US besides other key cities on completion of the India leg of the 'So Good' Tour which has been conceptualized and supported by International music label W.O.A Records.

Stay tuned to Vh1 on the 20th of May to watch the premiere of Oliver Sean's brand new music video 'Movies'!