Oliver Sean's an independent producer - The Times Of India 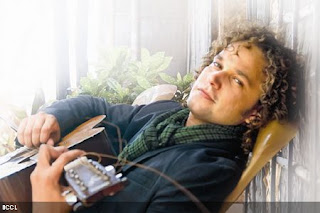 'Slamming acoustic guitars and soulful vocals that wrap themselves around you, Oliver Sean is your one-man ensemble for a groovy evening' - Times of India, 26th May 2011

I was writing songs by the time I was 10 and playing in a band when I was 13. There was never any doubt in my mind that music was what I would do for the rest of my life," says Oliver. "The very first music album I bought with my own allowance was by AC/DC. That's The Way I Wanna Rock 'n' Roll is the greatest rock song ever written in my opinion. They define my idea of rock."

Currently touring the country promoting a new album, Oliver's done very well for himself on the international circuit. Having been nominated for music awards with the likes of Robbie Williams and John Mayer, he's a respected name in the global music industry. "I even made it to the top of the world music charts," he laughs adding, "I could hardly believe it because my music is catchy and far too mainstream for that! It's the kind of music you'd like to hear at a club, not on a world music chart!"
Catchy it certainly is and very reminiscent of Status Quo, Mark Knopfler, U2 and Bryan Adams, as he combines his unique style with all his musical influences. "Clapton was my idol growing up," claims Oliver. "I used to spend hours listening to his albums, playing those riffs with him, learning his technique. He's the musician I want to perform with more than any other. Then there's Jim Morrison — his stage presence is unbelievable," says Oliver.
Even though he works out of Dubai, Oliver has always called Goa home. "I went to school here and grew up here, it will always be home to me," he reveals. This only makes it even more surprising that his music hasn't made waves in India, yet. "I'm an independent producer," Oliver states. "The kind of money backing a Robbie Williams or a John Mayer is so different from what's backing me. But India's a key market for me now. I'm touring extensively to promote my album here. I want the acclaim I get everywhere else here, too."
Music aside, Oliver's a man of many passions, filmmaking coming second only to his guitar. Having just directed his own music video, Oliver is very excited indeed about making his first foray into direction. "It's been very well received so far and its something I've always wanted to do," he claims.
What with touring all over the world, helming a production studio in Dubai and making videos to make, Oliver Sean has his hands full and here's hoping they'll stay that way.
Contributed by Darshana Ramdev
http://articles.timesofindia.indiatimes.com/2011-05-28/news-and-interviews/29590807_1_world-music-music-awards-music-video
Posted by Oliver Sean at Sunday, May 29, 2011