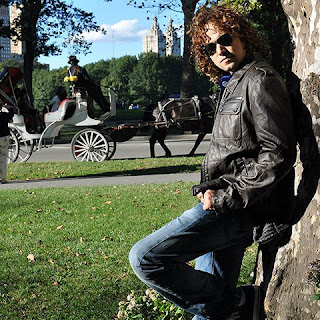 American music fans might not be familiar with Oliver Sean, but that's about to change. This international success and two-time MTV European Music Awards nominee is set to release a pack of new singles in the States, and they're going to open your ears.

Sean is Portuguese by birth, but grew up in Dubai as well as spending time in the UK, but his rock sensibilities are pure American. This worldwide influence shows itself in Sean's superlative collection of new tracks, which blend some of the best of good ol' fashioned rock-n-roll with subtle hints of world music elements to create an intoxicating new melange.

One thing that makes Oliver Sean special is the restraint with which he blends these elements together. Any rocker from the Beatles onwards can throw random sitars or Brazilian drums into a song for effect. In Sean's hands, they act as spice – punctuating moments, bringing them out, and then just as quickly segueing back to more traditional elements. There's a wonderful moment in his Latin-tinged power-lament Alone where for just a few bars, a Middle Eastern guitar comes in for a solo, before moving into a jazz transition that fades smoothly into an electric guitar solo that's pure 80s.

Oliver Sean also has a superlative voice for his songs, which he also writes himself. When he's pop, he has a clear, pure tone that reminds one of John Mayer or John Mellencamp. He's got a surprising amount of soul, though, and is constantly coming up with new vocal tricks to show off. His international hit So Good starts out with a Airoso bit of rhythmic patter that could have come off a Dire Straits single, but with modernized guitars and a hook on the chorus that's totally today.

The rule of the day for modern pop and rock seems to be plundering the past for inspiration and then repackaging it for a new audience. Far too often, bands risk losing their own identity under the weight of several generations. Sean, however, knows how to pick and choose just the right bits to pluck out, producing hugely entertaining pop that feels truly timeless.

If you need reassurance that good old guitar-led rock music isn't dead, Oliver Sean is exactly what you're looking for. When he hits the US shores, it means great things for American music fans.