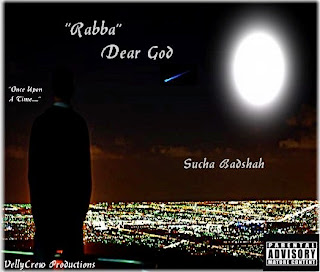 Jun. 25, 2013 - PANAJI, India -- Creating a name for himself in the music industry since the age of 12, Sucha Badshah, better known simply as Badshah, is now breaking into the region that he originally comes from, India. Badshah has just signed a 3 year artist management deal with the largest International Independent Record Label in India and Middle East W.O.A International - The Music Company. Growing up in Orange County, California, Badshah has been steadily growing his legion of fans for his modern day Punjabi, Rap and Dance music that he produces and performs across the United States. The success he has achieved in the USA is ironically gaining traction in the land that he originated from – India. W.O.A International, the largest International Independent Record Label in India and the Middle East has now signed on this exceptional talent to bring his music to India and just announced the launch of Badshah's new album 'Rabba' available worldwide on itunes and A Class Record Stores on WOA Records. "We are excited to sign on Sucha Badshah, who we first heard of when his music was selected for the WOA TV Show" says Pete Saunders, V.P Artist Management, W.O.A International, "after hearing his music and watching his passion for his music and the way he mixes his Punjabi Indian music with modern day rap and dance and hip hop, there was no doubt that we wanted to have him on the WOA Records Artist Roster – Badshah has the potential to make it huge" Sucha Badshah was born in Punjab, India on August 24, 1988, struggling with poverty in India as a young boy he moved to America with his family. Aiming for a good life and the American dream he tapped into his passion for music and began writing Punjabi songs at the young age of 12 and also mastered a traditional instrument called the 'Tumbi'. During this time he started performing at schools and colleges and experimented with mixing his traditional Punjabi music with the new modern day rap and dance music he was exposed to in America. Badshah went on to produce his first album 'Style' which was a local hit and received fantastic radio airplay in various parts of the US. The rest as they say is history.   "Rabba is my new album and even though I am excited that the album is being released worldwide I am more excited that the album is being launched in India by W.O.A International" says the Singer, "the album also has a music video which has already received great coverage on the WOA TV Show and will now be seen various other TV channels and TV Shows via W.O.A International  who are going all out to promote my music in Asia and the Middle East" Sucha Badshah's new album is already available on itunes and 40 other online stores and will hit record stores in India and other regions in a few days.  Stay tuned to www.woarecords.com for the latest news on Sucha Badshah and check the singer out on the WOA TV Show at www.woatv.tv  The Badshah has arrived!