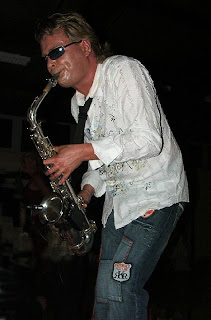 W.O.A International (Press Release) - Jul 27, 2012 -
French Pop Star Eric Dulle launches his brand new music video 'So Naïve' which is the title track to his top selling album. The music video premieres globally on 28th July as a web preview on major sites, including Vh1India.com, youtube, WOAFilms.com and WOARecords.com. The TV edit of the music video 'So Naive' is scheduled for release on Vh1 India and various other major networks within the next few weeks.

'So Naive' was produced and directed by Oliver Sean and shot entirely across the beautiful city of Goa in India by W.O.A Films during Eric Dulle's tour of this region. The artist was one of the headlining artist's on the 4th Annual W.O.A Records India Tour in 2011. Being a showman and a virtuoso on the saxophone, Eric Dulle captured the hearts of fans and media alike during his performances across Goa, New Delhi, Hyderabad and other cities. Eric's fans in India, France and from around the world have been waiting for the music video 'So Naïve' to be released, as it was announced on the tour last year, making it one of the highly anticipated music video releases on W.O.A Records for 2012.

"We had one day to shoot this video and were driving around literally across Goa in my Jeep with Eric and my cinematographer and the production team following us in another car" says Oliver Sean, Music Video Director and Founder of W.O.A International, "I had also performed at the W.O.A International Music Festival in 2011, and Eric Dulle and I had done a jam on stage and connected as musicians, so shooting his video was a pleasure because we completely understood each other and what our goal was for the music video - simple but fun "

W.O.A Films is promoting this video along with the other 4 music videos of the India Tour artists, with major support from its television partners . Eric Dulle's 'So Naïve' is available at major stores across India via the W.O.A Records new music catalogue, France, the US, Europe and major online stores.

Presenting the much anticipated music video by Eric Dulle – SO NAÏVE  http://youtu.be/dxm8LhJBDaI


W.O.A Records is an international record label, and it is part of the W.O.A International media group. Formed in 1998 by World Music star Oliver Sean. W.O.A International is a global entertainment company that continues to lead the way when it comes to how music should be promoted. They are pioneering international music in India and the Middle East and are now synonymous with the region. Their enviable reputation at opening up new possibilities means that they are the go-to company for independent artists wishing a truly international presence
Posted by Oliver Sean at Monday, July 30, 2012