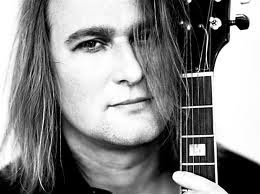 The music video 'Homesick' was filmed exclusively on the beaches of Goa during the W.O.A records India Tour last year. The singer/songwriter was one of the headlining acts of the WOA Records India Tour 2011. After capturing the minds and hearts of  thousands of fans across Goa, Delhi and Hyderabad in 2011 Matthias Sturm is now all set to capture the world with his thought provoking new music video for the song 'Homesick', which is from his critically acclaimed album 'Blood & Thunder'.

"This music video was interesting to make to say the least and most of the ideas of the video and even the storyboarding was done by the artist himself'" says Oliver Sean, Founder & President of W.O.A International and also the Music Video Director of 'Homesick', "as a songwriter myself I am quite a fan of Matthias Sturms' songwriting and as a film maker I had a fun time making this music video"

W.O.A Films, the producers of the music video, are going all out to promote this music video across major networks and retail outlets worldwide. Matthias Sturm's album 'Blood & Thunder (The Wishbone Sessions)' is available at major stores across India via the W.O.A Records new music catalogue, Australia, the US, Europe and major online stores.