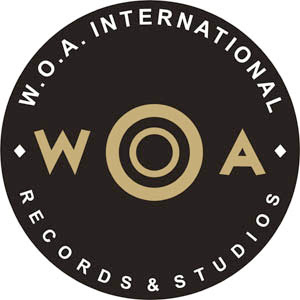 WOA Records in association with W.O.A Films is all set to premiere five brand new music videos, filmed in India, of their International artists from Australia, Germany, France, USA and Goa.

Panjim, Goa - July 16, 2012 - WOA Records, the largest International Independent music label in Asia has the industry buzzing with excitement over the upcoming launch of 5 International music videos this month. The 5 artists whose music videos are being launched through July and August across major music channels and online were all part of the last WOA Records India Tour that took place across Goa and India in 2011. These International artists have been steadily gaining the support of fans and impressing critics from all over. The new music videos, which have been Produced by W.O.A Films and Directed by Musician and Filmmaker Oliver Sean, is the culmination of these artists and their India Journey and success in this region, with WOA Records and W.O.A International The Music Co.

The artist's whose music videos are being launched this month on WOA Records are 'Kotadama' The Australian band that has created waves around Australia, India and the US with their new album Dichotomy. Their performances across India during the WOA Records India Tour was hugely appreciated by the fans and the media and they now have an impressive fan following in this region. Their music video 'Dichotomy', was filmed in Goa by WOA Films, during their WOA Records India Tour. The music video shows the band in a never before seen setup performing across the most amazing locations in Goa, India as they perform their fantastic song 'Dichotomy'.

Matthias Sturm, the German singer/songwriter's song 'Homesick' is the music video which is also part of the impressive list of music videos launching on WOA Records. A music video that will make the viewer think about the song and decipher the various meanings behind this thought provoking song by an artist who has been recently nominated for an IMA. Matthias Sturm will also be performing across Dubai in the Matthias Sturm Dubai Tour organised and conceptualised byWOA Records and W.O.A International The Music Co.

The third music video releasing on WOA Records is 'So Naive' a quirky, fun loving song and music video by an equally fun loving Pop act Eric Dulle from France. A real live wire on stage who set the stage on fire at every performance during the WOA Records India Tour last year. Eric Dulle's fan following has steadily grown with every performance during the 2011 WOA Records India Tour and the various European tours and TV shows he has appeared on in Europe and now in India. The pop artist who is a saxophone virtuoso will also be performing in Dubai this year.

The 4th music video in line for release is San Francisco native Jade Steel's track 'Just a Love Song', the artist took India by storm at the W.O.A International music festival in Goa and the various concerts in New Delhi and Hyderabad during the WOA Records India Tour in 2011. The song shows the American reggae star across some of the most beautiful beaches across Goa along with hot International models that were part of the Jade Steel music video.

The 5th music video in line for release as part of WOA Records ad W.O. films' top 5 video releases line up is a song called 'Hypnotized' by Goan singer 'Garfield Oliveira'. This will be the artist's first original International single and music video release. Many might know Garfield Oliveira as the Bass player from The Oliver Sean Band and his appearances on various Oliver Sean International music videos and Television Concerts and specials since the past 15 years . 'Hypnotized' will also be releasing globally as a single on itunes, amazon and various other outlets around the world. The music video and song will mark a new chapter in Garfield Oliveira's musical

Each of these artists and their music videos are catchy, candid tunes that carry a unique, fresh quality that sets each of these amazing artists apart, showcasing their unique musical talent, be it strong vocal skills, great abilities as performers, to fantastic songwriting and great compositions.

Having so much potential and talent, there is no doubt that these 5 artists are on the fast-track to lasting success. Be sure to check out the new music videos for Kotadama, Eric Dulle, Matthias Sturm, Jade Steel and Garfield Oliveira on Vh1 India, 9XO, SS Music and various other channels all through July, August and September. The music videos will also be released for first preview on the WOA Records Official YouTube channel at www.woarecords.com

Stay tuned to this site for more details on Television schedules including specials on these artists on WOA TV.

WOA Records is an International Record Label, and it is part of the W.O.A International media group. Formed in 1998 by World Music star Oliver Sean, W.O.A International is a global entertainment company that continues to lead the way when it comes to how music should be promoted. They are pioneering international music in India and the Middle East and are now synonymous with the region. Their enviable reputation at opening up new possibilities means that they are the go-to company for independent artists wishing a truly international presence.